After several years of picking it up and doing several rows and then forgetting it, I have finished going the rug. Yesterday I coated the back in dilute Copydex glue to lock the loops in place. It was a truly messy job. The Copydex was old and so had some lumps I had to try to avoid. It also send to set almost immediately unless I mixed it into the water very quickly. However this generic solution beat paying the high price of the recommended latex backing product. 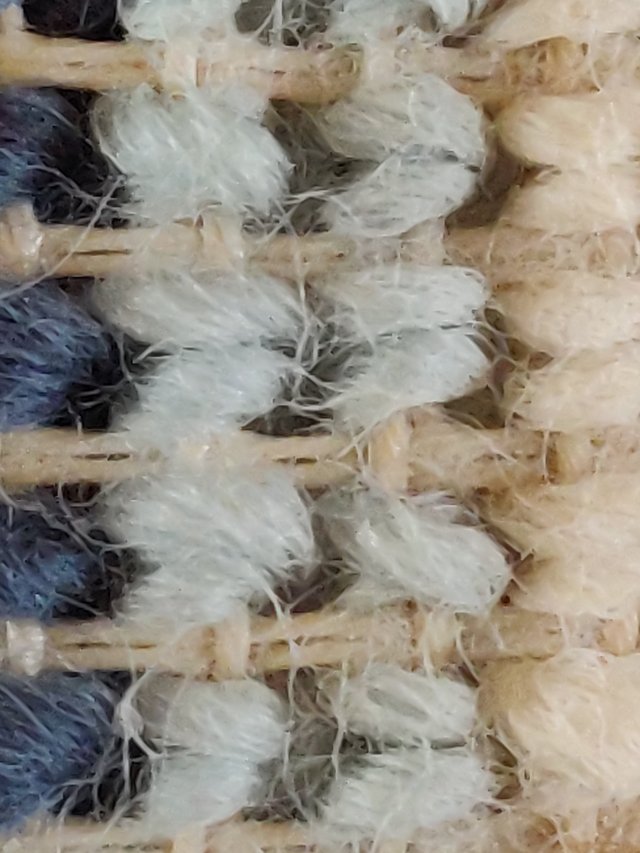 Is saw this idea suggested on a blog and it seems to have worked fine. It took a while to dry though, so I think I diluted the glue to much. Finally, by this morning it’s safe to move, and hasn’t run into the front pile as I feared it might.

The back after it has dried

I have to see on the edging tape and then it’s done. I considered adding a Hessian backing but decided it might spoil the overall softness of the rug. I also wondered if friction with the rough Hessian might draw the wool fibres through to the back.

I’ll see how it wears. I can back it later if necessary.

I bought this efficient little gadget on eBay last week, and it arrived today.  I have been cutting the wool manually with a gauge I made myself from 2 rectangles of heavy mount card stuck both sides a narrower rectangle of corrugated cardboard to allow for the scissors to be inserted to cut the wool.

Here is how I made it. 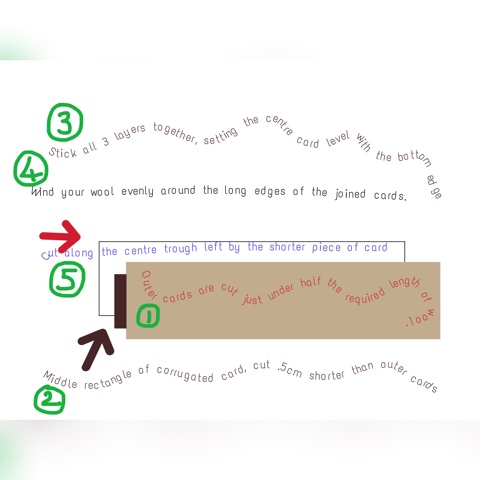 And here is the dingy little Patwin Rug Wool Cutter with some of the shorter lengths. 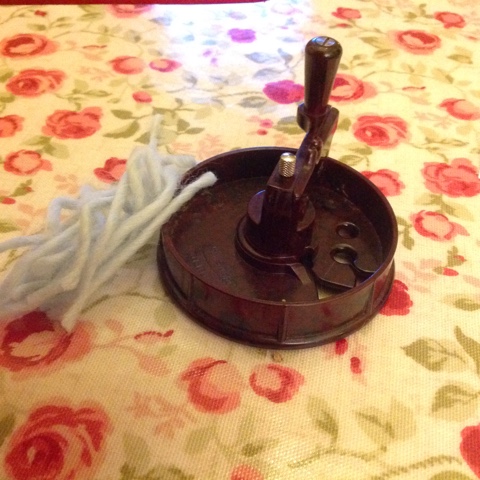 Unfortunately the cutter cuts to a slghtly

different length so I can’t use it as is for the rug I have already started. But being inventive I hope I can pad the drum of the cutter so that it cuts to the same length as my gauge.
The rug I am currently making is a latched rug hooked into a mesh background. The wool is a British wool and Alpaca mix, which I suspect will shed a lot, although the he British wool should make it reasonably hard wearing. I was seduced into buying the yarn as it was very attractive colours, an soft eggshell blue and a cream which will fit in with most colour schemes, and then a darker teal blue with a rust accent. The design is based on an African textile weave in simple graded stripes broken by a middle stripe with diamond and zip zag patterns as in my working graph. 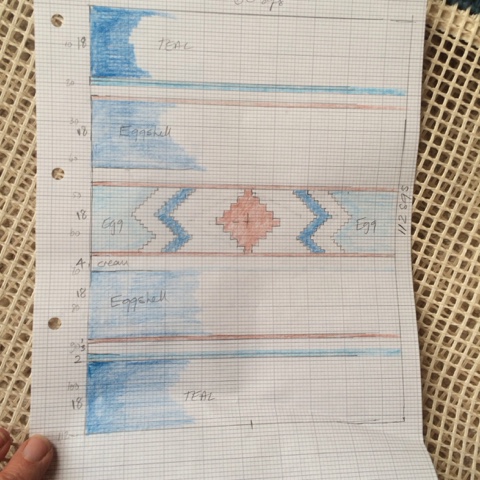