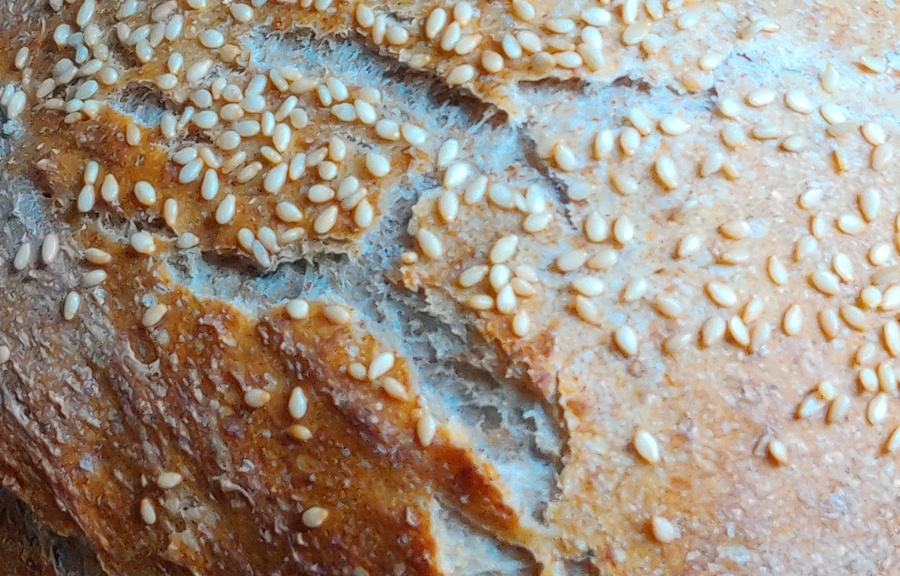 Another new bread making term for me to understand.

So what is autolysing? I did a quick search and it means to mix the flour and water together (but don’t knead at this stage) and leave this in a covered bowl in warm place for 20- 30 minutes. I left it for an hour as I forgot! Anyway, this starts the gluten off apparently, releasing sugars in the process.

Then you add the sourdough starter and knead the dough, finally adding the salt towards the end.

I decided not to go the levain route this time, but to autolyse the flour instead. Which meant refreshing my starter, leaving it longer than normal – about 6 hours, before doing it to the autolysed flour and water. I forgot the salt and had to add it right at the end and do a bit of extra kneading. I used the direct Baskets Percentage (not the Conversion Factor) to make larger loaves than before using 600g flour. (See here for more info on the Baskets percentage). The flour was a mix of 10% rye, 30% wholemeal, 60% white bread flour. I didn’t add any vitamin c powder as I normal would as I forgot, (yes I’m a bit forgetful at the moment).

I then put the dough in a bowl in the fridge overnight. This morning I kneaded the dough lightly and divided it into two elliptical shapes that fit in the Lekue silicone breast baking pans I bought ages ago and have hardly used. After 2 hours proving, (on the heat pad, this is England in April after all), these cooked up beautifully. The Lekue claims to cook in steam, and the loaves do come out nicely. They also keep the rather wet sourdough in a neat shape.

I’ll report on taste and texture when they are cool enough to eat!