Because thin crochet hooks are making my hands ache I decided to experiment making my own version of the soft handled ones. I don’t want to have to replace all of the thin metal ones I have collected over the years at considerable cost with commercially available soft or chunky handles ones, nice as they may be. I decided at first that I was going to use Sugru, but very quickly realised that to mould each handle would require lots of Sugru, which would cost the same as replacing the hooks because Sugru is expensive.

After some experimenting I used a combination of Oogoo (homemade version of silicone rubber from Instructables.com) plus one pack of Sugru for the finger hold as it is easier to smooth off. The resulting crochet hook is far easier on the hands and comfortable to use. I wrote the size in permanent marker on the white Ogoo handle, as I had had to cover over the central area where the size is engraved in order to get the balance right.
OK, it’s still a little lumpy, but the next one will be better! 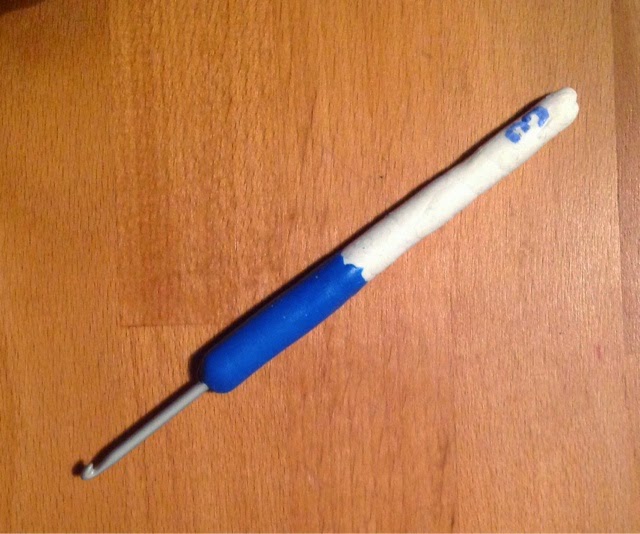